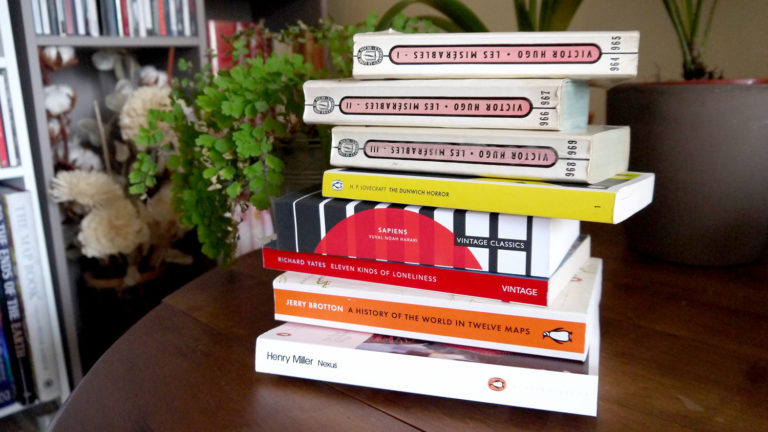 I’ve never felt the need for a reading list. I have lots of books waiting to be read at home, and whenever I finished a book, I generally new which one would be next.

Turns out recently I started a new job and I’m lucky enough to no longer have to take public transportation. The only drawback here is that I’ve also lost this moment where I was reading. So now I feel I have to force myself to read if I want to keep reading books like I used to.

As a new year starts I looked at all these books waiting for some attention, and here are the ones I’d like to read this year. Maybe it could inspire you too!

I discovered Lovecraft only a few years ago, quite surprisingly. People had told me about previously, especially since I was a big fan of Edgar Allan Poe, but I never followed their advice somehow. It’s only recently that I felt I had to read it. Wow. WOW. I can see now why people kept recommending it to me. The atmosphere is so particular, and the universe so unique. I simply love it and I’m glad I found my way to Lovecraft. So now from time to time I enjoy reading one of his books.

So I started this year reading the Dunwich Horror with a nice edition from Penguin, designed by Coralie Bickford-Smith (the designer behind the Penguin cloth-bound collection). It is part of a specific series with other titles in the same vein, although I couldn’t find any information about it online.

Another book I heard mentioned a lot by friends and colleague this last years. Vintage recently published a new series, Patterns of Life, with a beautiful edition of Sapiens: that’s all I needed to finally decide it was time to read it!

A History of the World in Twelve Maps

My former colleagues knew me well and I got this book as a farewell gift. This book by a History professor is about twelve maps that show throughout the history how the world and our vision of it evolved – till our modern days.

These books have been sitting on my parents’ bookshelves for ever. Like all most of the French classics, I knew I would read it at some point. Feels like it’s time to get really know Valjean and Causette!

And besides, these vintage books surely deserve some love!

Richard Yates powerfully describes the disillusioned lives from America’s fifties in his novels. I first discovered him with Revolutionary Road and I like to get back to his writing from time to time. This book is a collection of short stories, depicting the frustrations of the American dream.

Being a huge fan of Miller’s writing style (and kind of crazy experiences), I try to read some of his books from time to time, just like Richard Yates. I started the Rosi Crucifixion trilogy last year, and I’d like keep reading the next volumes this year

If I get to this point it will probably be in 2020 by the time I can start reading some more Asimov, so I’ll take these books as a bonus. In 2018 I re-read the Foundation series for my greatest pleasure. Now I’d like to go further with Asimov and read the famous Robot series too. It shouldn’t be disappointing, and it’s been edited in the same beautiful style as the Foundation series by Harper Voyager. I see no reason to say no! 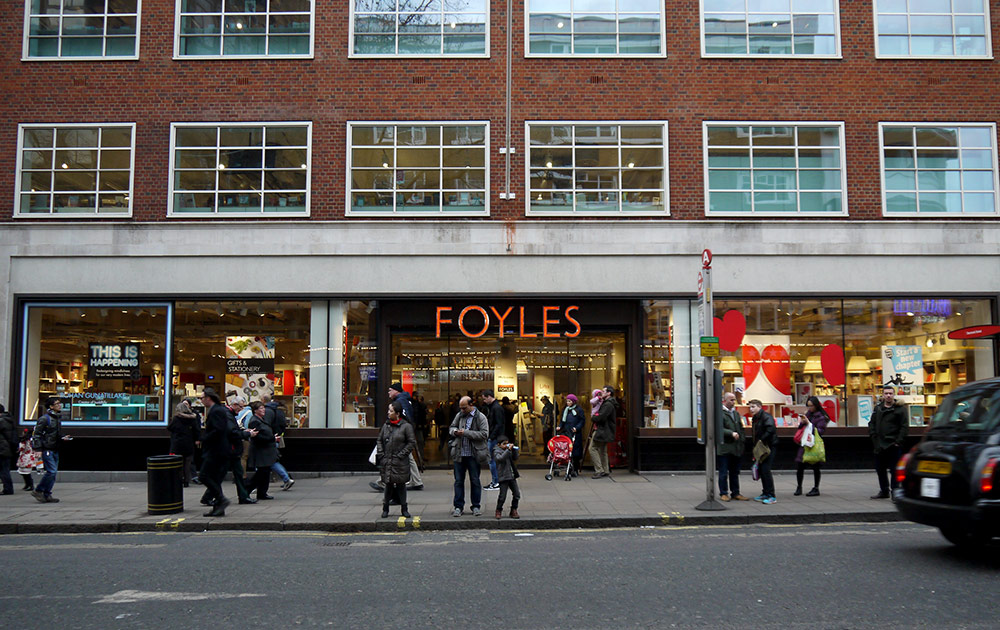